Mapping The FDA Approval Path: 20 Years Of Precedent With RxTROSPECT

Thought Leadership In Association With RxTROSPECT 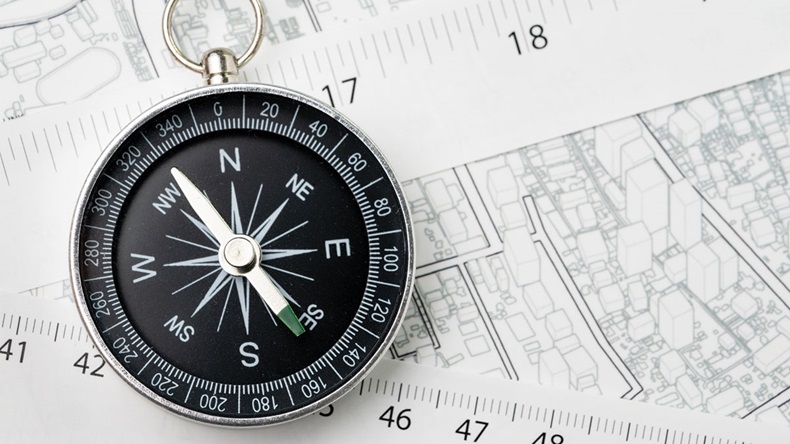 The pace of innovation in oncology, with aggressive drug development, new approaches such as immunotherapies, increasing patient segmentation and multiple drug targets even within a single cancer type demands equally creative responses from regulators. The US Food and Drug Administration (FDA) has expedited cancer-drug development through mechanisms and incentives such as the accelerated approval program, the breakthrough therapy designation and the Orphan Drug Act. Associated initiatives such as adaptive study endpoints, reliance on earlier evidence supplemented by real-world data and less complex trial designs have helped to ease the pathway for cutting-edge cancer therapies.

These flexibilities are of considerable benefit to drug developers. However, they create challenges in gauging regulatory requirements and plotting the optimal approval pathway for pipeline oncology products. The speed and volume of change are daunting, and there is also little detailed, actionable information available on FDA precedents for key parameters such as surrogate endpoints, acceptable patient numbers for cancer studies or pragmatic regulatory concessions such as streamlined trial designs.

For example, the shift to personalized medicine has seen many cancer-drug candidates positioned for rare-disease indications. In this setting, where unmet needs may be acute, patient availability for trials limited, indications more diverse and comparative therapies non-existent the FDA may be more inclined to relax its approval criteria by permitting single-arm studies or accepting less stringent endpoints such as overall response rates (ORRs).

For orphan drugs, it is “tremendously challenging to recruit for these large comparative studies, particularly in the ultra-orphan space,” comments Mark Rutter, head of strategic partnerships at Chicago-based RxTROSPECT Oncology. “It just becomes a question of feasibility.” Moreover, some rare diseases are typically so debilitating to patients that “any type of clinical response can have a huge benefit on their quality of life,” he observes.

“If you look back at the approvals for multiple myeloma, the acceptable endpoints 15 years ago tended to be time to progression and ORR, then with the next generation of proteasome inhibitors and imids [immunomodulating agents], as unmet need evolved, you were looking at progression-free survival with supporting overall survival,” Rutter notes. “Then suddenly you get these remarkable agents like daratumumab and others in the later lines, which are incredibly efficacious and well tolerated, and the FDA needed to approve them on a surrogate endpoint, that is, ORR. So these things can just evolve so quickly.”

A Clear Picture Of Approval Requirements

For companies planning development strategies and/or looking to substantiate investor interest, having a clear picture of when and how these concessions may apply is invaluable in mapping out an approval pathway, raising or allocating funds and informing future discussions with the FDA on regulatory requirements for cancer drugs. RxTROSPECT has been gathering, analyzing and customizing information on FDA approval trends in oncology since the turn of the millennium. It has built a substantial database (including some 12,000–13,000 data points) of regulatory precedents for cancer drugs, enriched with analytics and extracted into easily searchable terms structured around some 35 key parameters, such as patient numbers, study designs or trial endpoints.

Search results from the RxTROSPECT tool are presented as user-friendly dashboards, with data and charts that can be downloaded into PowerPoint presentations in a matter of seconds. Instead of sifting through 1,000-page review documents for clues to FDA thinking in a fast-evolving regulatory landscape, tool users can zero in on exactly what steps they should take to optimize their regulatory strategy and de-risk R&D decision-making.

As one illustration of how regulatory requirements have adjusted to the needs and circumstances of oncology-drug development, RxTROSPECT’s online tool shows that of 120 new cancer indications approved by the FDA on the basis of a single-arm study, 98 carried an orphan-disease designation (ODD) and 39 a breakthrough-therapy designation (BTD). Exhibit 1 gives a comparative overview of approval times and patient numbers for single-arm cancer-indication studies with or without orphan-drug status.

Twenty-nine of the 120 single-arm approvals had dual ODD-BTD status. Importantly, of the 22 cancer-drug indications approved on a single-arm basis without an ODD, 10 benefited from a breakthrough-therapy designation. That leaves 12 oncology indications based on single-arm studies that were neither ODD- nor BTD-designated (see Exhibit 2).

Seven of these 12 indications were accelerated approvals. Other than the recent Ibrance approval for breast cancer in men, they were late-line indications or in areas of high unmet medical need. As Exhibit 2 also shows, the vast bulk of these indications were approved on a primary endpoint of overall response rate, which in single-arm studies can be assessed as directly attributable to drug effects. It is acknowledged that several of the conditions listed in Exhibit 2 would generally be expected to qualify for ODD with FDA, based on prevalence.

The primary endpoint for Gleevec (imatinib, Novartis) in pediatric chronic myeloid leukemia was complete hematologic response. The Ibrance indication for breast cancer in men was approved on the basis of a consistent safety profile in men and women, as determined from real-world data in postmarketing reports and electronic health records. In addition, the RxTROSPECT data demonstrate that, even in more prevalent conditions, single-arm clinical studies for high unmet-need drug indications in oncology may convince the FDA of viable efficacy and safety with as few as 74 patients (e.g., Bristol-Myers Squibb’s Opdivo/nivolumab for adult and pediatric metastatic colorectal cancer).

Of the 370 major oncology indications analyzed within the RxTROSPECT system, 32.4% were based on single-arm studies. Eighty-nine of the 370 had breakthrough-therapy designations, and 57 of those 89 additionally had an orphan designation.

Two of the 57 cancer indications in the RxTROSPECT database with dual ODD-BTD status were approved under the FDA’s recently launched pilot program, the Real-Time Oncology Review (RTOR). The indicated products are Adcetris (brentuximab vedotin, Seattle Genetics) for peripheral T-cell lymphoma, and Venclexta (venetoclax, AbbVie/Roche) for chronic lymphocytic leukemia or small lymphocytic lymphoma. The RTOR provisions again underline FDA’s willingness to expedite cancer-drug approvals under the right circumstances in areas of high unmet need with Seattle’s Adcetris being approved in less than two weeks from the formal submission date.

Exploring RxTROSPECT’s endpoint-focused dashboard provides an insight into the primary efficacy endpoints optimized for FDA registration of oncology products and indications. As Exhibit 3 illustrates, 21 of the 57 indications with dual BTD and ODD status were granted accelerated approval, with 95% of these relying on response or remission rates as the primary endpoint. These trends further testify to FDA’s regulatory flexibility when reviewing innovative drugs in the complex rare-disease setting.

One other compelling insight from the RxTROSPECT database is just how much treatment options have already expanded for US patients with cancer types that were once considered relatively intractable. For example, the FDA has approved 20 drug indications to date for multiple myeloma, with more approvals in the pipeline.

For several hematologic conditions, the introduction of innovative therapies has reached the point where, as Rutter notes, the condition is now barely considered an orphan disease, due not only to increasing prevalence but also to patients living longer. This is evidence in itself that the FDA’s adaptable approach to oncology-drug assessment is stimulating innovation that really does translate into meaningful treatment outcomes.

In the future, RxTROSPECT plans to expand the scope of its subscription-based online tool geographically to include cancer-drug precedents set by the European Medicines Agency. There may also be potential for linkage with payer databases, recognizing that FDA approval is no guarantee of the same parameters applying in Europe, and also that, even for sorely needed cancer drugs, regulatory clearance is only the first of many market-access hurdles.

Save 10% on enterprise-wide licensing today.
Visit www.rxtrospect.com/products-and-pricing and include promotion code INFORMA010 with your online order.