Thomas Senderovitz, head of the Danish Medicines Agency and chair of the EU’s Heads of Medicines Agencies, talks to the Pink Sheet about his agency’s agreement with the WHO on strengthening regulatory agencies in lower income countries, and why it is the “obvious thing to do.” 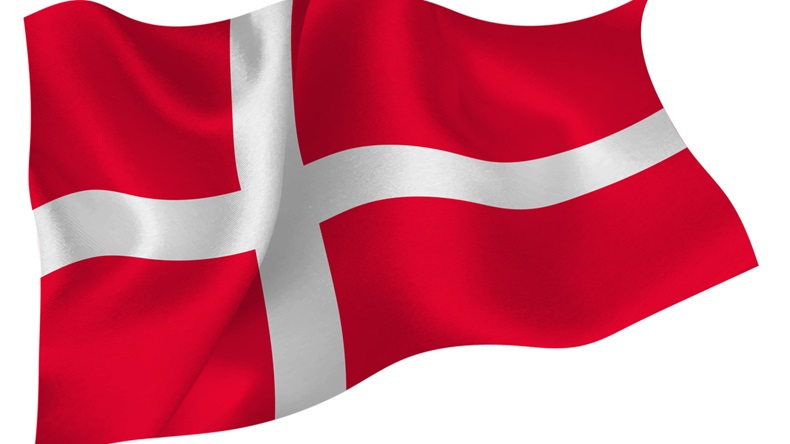 Source: Shutterstock Denmark is joining the WHO's regulatory strengthening project

The Danish Medicines Agency has signed an agreement with the World Health Organization to help strengthen drug regulatory agencies in certain low and middle income countries. The agency’s director general, Thomas Senderovitz, says the names of the first countries to be selected should be announced in a few months' time, and he has called on more European agencies to get involved in tackling what he says is a “global challenge.”

Under the agreement, the agency will contribute in various ways to capacity building in the selected countries, allowing them to improve the way they carry out tasks such as licensing new drugs and monitoring side-effects of products on the market, and to protect legal supply chains in countries where the marketing of falsified medicines could be an issue.

The process of selecting and getting in touch with the targeted agencies is being led by the WHO, Senderovitz says, although he is reluctant to name the countries involved at this point, before discussions have taken place with the respective regulatory bodies. However, he said “we will have our eyes very sharply focused on Africa and Asia,” with countries in Africa likely to be first in the queue.

“We have already identified countries we aim to start working with,” Senderovitz said in an interview with the Pink Sheet. “Once we have had visits and discussed things and identified the areas of the collaboration, then we will gradually get more involved and see how this evolves over time.”

He said the names of the countries would be announced “in maybe three or four months. I can’t really give you a date yet. We first have to make a visit to the first country, and that is scheduled prior to the summer vacation. Once that is all arranged we will make some announcements and will be happy to talk about it further.”

The agreement that Denmark has signed is part of the WHO’s wider initiative of regulatory systems strengthening, a project that is being undertaken because fewer than 30% of the world’s agencies are considered able to run a “well-functioning regulatory system” as assessed by the organization’s Global Benchmarking Tool, or GBT.

The health minister, Ellen Trane  Nørby, said it was "incredibly positive that Denmark has been asked to participate in this important work." She noted that the Danish agency had built up "considerable know-how in building scientific and trustful collaborations, which means the European population has access to effective and safe medicines. We must pass on this knowledge to those parts of the world who need it most.”

Denmark got involved in the initiative after it was contacted by a “large foundation – I can’t make the name public yet because we are in the process of getting the formalities right – which wanted us to collaborate because we have already done a lot of work with countries through bilateral agreements,” Senderovitz said. “They saw the collaboration that we have with these countries as an illustration of our ability to help.”

He said he had regularly met and discussed this initiative with Emer Cooke, head of medicines regulation at the WHO, at meetings of the management board of the European Medicines Agency, and that this had crystallized over the past few months into the agreement that was signed by the Danish agency and the WHO on March 14.

Denmark is among the first agencies to sign up to the WHO’s project: Switzerland’s Swissmedic is another, Senderovitz said, adding that he would welcome other agencies signing up.

“I think it is immensely important that more agencies who have the ability to offer support should enter into this kind of collaboration because it is a very big challenge for all of us, and not only for the citizens of those countries whose authorities aren’t exactly where they ought to be yet. It is a local problem for those citizens, but since medicines is a global affair it is a global challenge to make sure we have authorities across the globe that can oversee medicines appropriately. I really hope that we can get more European agencies to support this effort.”

A key part of the regulatory strengthening initiative is the GBT, which assesses the current level of “maturity” of a regulatory agency. Now in its sixth iteration, the tool is used to rank agencies at one of four levels: from level 1 (existence of some elements of a regulatory system) all the way up to 4 (operating at an advanced level of performance and continuous improvement).

Once this assessment has been made, an institutional development plan (IDP) is drawn up that is intended to build on the agency’s strengths and address any gaps identified. Actions are then taken to build up the agency’s capacities, after which its progress and achievements are monitored.

The GBT is used to evaluate regulatory performance against a set of more than 200 indicators in areas such as marketing authorizations and post-market safety monitoring to establish their “maturity.” An agency that gains a level three or four rating will become a “WHO listed authority” (WLA), a term that replaces the previous “stringent regulatory authority” (SRA).

Other regulatory strengthening work is under way in Africa too. Networks of regulators are being established in regions such as the East African Community and ZaZiBoNa (Zanzibar, Zimbabwe, Botswana and Namibia), as part of the African Medicines Regulatory Harmonisation initiative. (Also see "‘Regulatory Reliance’ Projects Bearing Fruit In Caribbean & Africa" - Pink Sheet, 11 Sep, 2018.)

And efforts to set up a pan-African drug regulatory body took a step forward in 2018 when health ministers of the 55-country African Union adopted a treaty on the establishment of a future African Medicines Agency. This is envisaged not as a standalone agency but as a coordinating body to help promote the adoption and harmonization of regulatory policies, standards and guidelines at regional level. (Also see "African Countries Adopt Treaty To Set Up New Medicines Agency" - Pink Sheet, 22 May, 2018.)

Senderovitz said his agency and the WHO would be working with both national agencies and larger-scale projects to see what can be achieved in Africa.

As to just what the Danish agency had to offer the initiative, Senderovitz, who also chairs Europe’s Heads of Medicines Agencies, pointed to the fact that last September it was awarded 4.5 out of a possible five points in the Benchmarking of European Medicines Agencies (BEMA) survey.

The country’s health minister commented at the time that this rating was “a really good result that will benefit all of us and may help raise the standard throughout Europe.” Senderovitz said that kind of expertise could be exported to agencies in Africa and Asia and adapted to local conditions.

The kinds of things that the Danish agency could help with, he said, would include how to design a framework for a well-functioning agency, build a good quality management system, train inspectors and assessors, and so on. He said much would depend on the particular country and the setting, and on exactly what needed to be achieved. The point was to “create enough strength in a certain country so that that country can help neighboring countries and so forth.”

Senderovitz said it was too early to say exactly how a particular collaboration with an agency in an LMIC would develop, but “we will have discussions with Swissmedic and other agencies to ensure we don’t start from scratch and reinvent the wheel, but gain from their experiences. Then it will be very much based on dialogue with that particular country and the WHO – what are the main needs, and where do we see that we can add most value?” He also could not say yet whether staff from the Danish agency might be sent on secondment to a particular agency.

He was unwilling, at least for now, to say where the resources for the Danish agency’s participation in the initiative would come from. “We can talk about resources when we are able to make it public – let’s just say that we will have resources available.”

In general, for Senderovitz, his agency’s decision to take part in the WHO project is an “obvious” choice. “It has so many dimensions – it is so obvious that one has to do this,” he declared.

“It is an obligation to help, but also it makes perfect sense to have a global system that can handle the global supply chain challenges. It is no use to anyone to not get this done, so for me this is really something that more of us have to start doing.”