Commissioner Scott Gottlieb will leave FDA less than two years after his confirmation, but will exit with a substantial list of accomplishments for industry and patients. 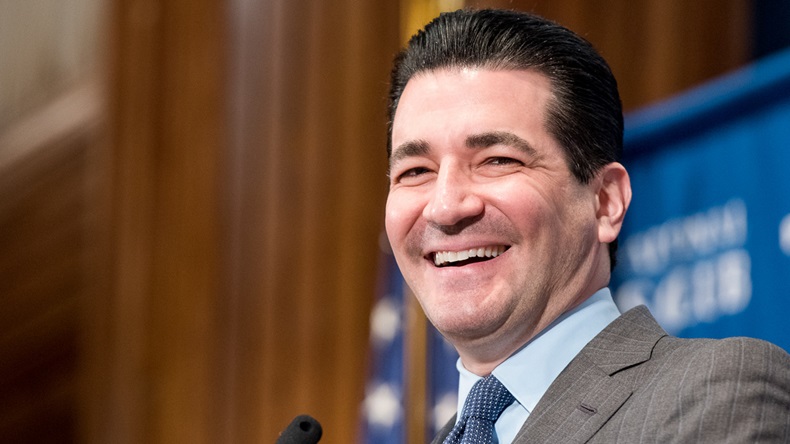 US FDA Commissioner Scott Gottlieb, one of the most popular and visible commissioners in decades, will end his tenure as head of FDA in about a month, having moved the agency in new directions while also advancing high-profile policies.

Gottlieb amassed a legacy that includes new approaches to drug pricing and opioid policy, as well as record generic and novel drug approval output, despite running the agency less than two years.

Gottlieb cited his family in his decision to leave. In a note to staff, he said "there's perhaps nothing that could pull me away from this role other than the challenge of being apart from my family for these past two years and missing my wife and three young children."

Gottlieb may be most remembered for his approach to communications. He often appeared on television and his daily Twitter posts complemented the numerous press releases announcing policy changes and other moves within the agency. Previous commissioners tended to avoid the limelight, as well as social media.

Nancy Myers, president of Catalyst Healthcare Consulting, said in an interview that Gottlieb was pro-patient, pro-industry and pro-safety at the same time, which is difficult. He also used the office in a "forward-leaning way" not seen often.

"He kind of drove the conversation through very good communication externally," Myers said. "He was able to use a lot of the ideas percolating in the agency, package them and get them moved forward."

Gottlieb pushed FDA to the forefront of the drug pricing debate, a position the agency had not sought in the past. In his first speech to staff after confirmation, he said that even though the agency cannot set drug prices, it can promote competition. (Also see "Gottlieb Places Drug Pricing Out Front In First Speech To US FDA Staff" - Pink Sheet, 16 May, 2017.)

Gottlieb was vocal in chastising the brand industry for blocking generic competition, warning that Congress could make more drastic changes if it did not stop employing pay-for-delay and licensing tactics intended to prevent patent challenges. (Also see "Gottlieb: Real Risk Of Congressional Action If Anti-Competitive Actions Continue" - Pink Sheet, 3 May, 2018.)

He also publicly released a list of companies thought to be using the Risk Evaluation and Mitigation Strategy system to prevent generic companies from purchasing samples for testing, although it is not clear the move had much impact. (Also see "REMS Abuse Website: Celgene, Actelion Top List Of Suspected 'Gamers'" - Pink Sheet, 18 May, 2018.)

His emphasis on creating generic competition was partially successful. The agency set a record for generic drug approvals in fiscal years 2017 and 2018, although critics argued that not nearly as many of those products were reaching the market. (Also see "US FDA Sets Generic Approval Record, But Generic Sponsors Aren't Celebrating" - Pink Sheet, 12 Oct, 2018.)

At the same time, the agency also approved a record number of novel drugs in 2018, which for the first time comprised mostly orphan products. (Also see "Orphan Drugs Compose Majority Of Novel US Approvals For First Time Ever In 2018" - Pink Sheet, 3 Jan, 2019.)

The Association for Accessible Medicines said in a statement that the generics and biosimilars industries "will miss this true champion of patient access."

"Dr. Gottlieb set a high bar for those who are working to bring relief to American patients from the burden of high drug costs," the trade organization said. "Gottlieb understood that approvals were not enough to spur competition, and his leadership extended to improving market conditions to ensure these generic and biosimilar medicines would not be blocked by 'shenanigans.'"

The Pharmaceutical Research and Manufacturers of America also praised Gottlieb's pricing mission, as well as his commitment to help new drugs reach the market.

"During his tenure, he focused on innovation in drug development and review, increased competition, and advanced the regulatory framework for approving novel technologies, including gene therapies," the brand drug trade group said. "His efforts have made a meaningful impact for patients in need of innovative medicines.”

During his tenure, Gottlieb was unafraid of bold pronouncements, whether about areas not under the purview of FDA (such as drug rebating) or public health areas where the agency has more of a role to play (two of his higher-profile statements in recent weeks have been support for raising the minimum age to purchase tobacco to 21 and suggesting the federal government could do more to mandate vaccinations).

Gottlieb “surprised many people by charting his own course at FDA, focusing on several important topics for public health," said Sharfstein, who now is vice dean for public health practice and community engagement at the Johns Hopkins Bloomberg School of Public Health. "These included the harms of nicotine and tobacco, the importance of lowering drug prices through generic competition, and the opioid epidemic.”

“FDA staff respected him for his commitment to the agency’s longstanding public health mission,” Sharfstein added.

Peter Pitts, president of the Center for Medicine in the Public Interest and former FDA associate commissioner for external relations, said Gottlieb "did the right thing,"

"He called it as he saw it," Pitts said. "And that's a rare commodity in Washington these days."

Gottlieb also enjoyed unwavering public support from his boss, President Trump, another reason his departure was so surprising.

Trump tweeted that Gottlieb had done "an absolutely terrific job" as commissioner, adding that "his talents will be greatly missed."

Myers said that Gottlieb cultivated a good relationship not just with Trump and the White House, but also with lawmakers on Capitol Hill, "which gave him the credibility in those circles that he was going to do the right thing."

Trump became especially enamored with Gottlieb during the 2018 World Economic Forum in Davos, Switzerland, calling him a "star." (Also see "US FDA Commissioner A 'Star' At Davos: Hopefully Not A Bad Omen" - Pink Sheet, 29 Jan, 2018.)

Unfortunately for Gottlieb, Trump also placed him in charge of the administration's efforts to pass right-to-try legislation, placing him in the awkward position of shepherding a bill that many agency officials and other stakeholders did not support. (Also see "Trump On Right-to-Try: Gottlieb's 'Heading It Up'?" - Pink Sheet, 2 Feb, 2018.)

Even as he worked to rein in what he saw as abusive brand tactics, Gottlieb also received criticism for his perceived deference to industry. (Also see "Gottlieb's Confirmation: Will Industry Ties Remain A Big Deal After The Hearing?" - Pink Sheet, 3 Apr, 2017.)

Until President Trump nominates a replacement, Principal Deputy Commissioner Amy Abernethy may be in line to head the agency on an acting basis.

Abernethy, who joined FDA about a month ago from Roche subsidiary Flatiron Health Inc., has little experience inside the agency but has worked with FDA in other roles. She is an oncologist and has worked at Duke University, which employs former commissioners Mark McClellan and Robert Califf. (Also see "Commissioner Succession Plan? Abernethy As Gottlieb’s Number Two Offers One Option" - Pink Sheet, 17 Dec, 2018.)

Califf told the Pink Sheet that Gottlieb's departure "will be a big loss for the country. Scott had the skills and did a great job of meeting the mission of the FDA under difficult circumstances."

Indeed, most recent commissioners have either left after a long tenure or due to a change in administration. Gottlieb would be the second-quickest voluntary departure in at least several decades. (See chart at end of story.)

Gottlieb hinted last year that his time at the agency may end sooner than expected. He told a congressional committee in 2018 that he may to have less time as commissioner than initially thought. (Also see "US FDA Commissioner Gottlieb Sees His Job As A Race Against The Clock" - Pink Sheet, 23 May, 2018.)

And following the mid-term election, stakeholders began suggesting that Gottlieb may consider leaving the agency since it is a natural departure time. (Also see "US FDA May Largely Avoid House Democrats' Investigation Agenda" - Pink Sheet, 7 Nov, 2018.)

Former Commissioner Mark McClellan told the Pink Sheet that while it was clear Gottlieb cared about FDA and its mission, "it's an always-on and very demanding job, and especially hard with a young family elsewhere."

McClellan, whom Gottlieb served under during his first stint at the agency, may have set the template for a quick exit. McClellan was commissioner for less than 17 months, although he left for another post in the George W. Bush administration (CMS administrator) while Gottlieb hasn't announced any future plans.

Still, multiple stakeholders were shocked when the news broke March 5. Former FDA Chief Counsel Peter Barton Hutt, who now is senior counsel at Covington and Burling, said the departure was a huge loss and that Gottlieb was a brilliant commissioner.

"I wish he'd change his mind," Hutt told the Pink Sheet. "He reached out and took hold of every part of the agency.”

Trump On Right-to-Try: Gottlieb's 'Heading It Up'?

US FDA Commissioner A 'Star' At Davos: Hopefully Not A Bad Omen

Gottlieb's Confirmation: Will Industry Ties Remain A Big Deal After The Hearing?