Formal reg not needed, according to agency; officials agree that regulatory flexibility is best way to offer sponsors advice, saying data collected during compassionate use can be helpful in guiding regulatory decisions. 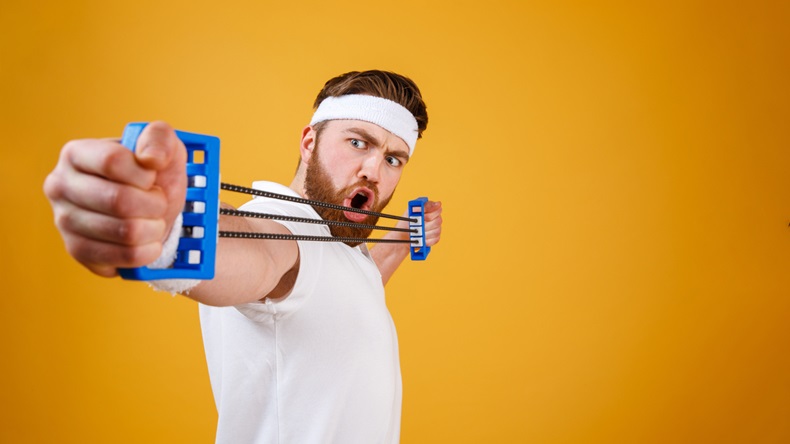 This is not an expanded access program that will help you get your product through the FDA.

The US FDA has a simple message for drug industry sponsors about establishing Expanded Access programs for patients outside clinical trials: compassionate use should be treated as an opportunity to enhance a product’s regulatory or commercial profile, rather than as a potential risk to approval.

Speaking during a Reagan-Udall Foundation meeting on Nov. 19 at FDA headquarters in White Oak, MD, top officials from across the agency’s drug and biologics centers were unanimous in their message that sponsors could benefit from learning from others in industry – and from FDA itself – about how Expanded Access data can support an initial approval or inform labeling.

FDA officials stressed that data collected through industry-sponsored Expanded Access programs is useful in supplementing clinical trial data to help inform regulatory decision-making, but agreed that a flexible, case-by-case approach from the agency – and not a new regulation – is the preferred approach.

While EA data could be used across the spectrum of therapeutic categories, officials said, the immediate and easiest opportunity is in rare disease, where, as Center for Biologics Evaluation & Research Director Peter Marks put it, data from “every patient counts.”

On the other hand, Marks said, using Expanded Access data to support the approval of cell and gene therapy would be more difficult, given the expense associated with making the therapies available outside a clinical trial. That said, he predicted that costs could come down over the next decade, which could make EA for cell and gene therapies a more practical option. (See sidebar for related story.)

No Negative Impact On Approvals

FDA officials acknowledged that many drug sponsors still hesitate to offer unapproved treatments through Expanded Access programs to patients who do not qualify for clinical trials, but sought to reassure industry that any adverse events reported during compassionate use would be viewed through the proper lens by medical reviewers.

CBER’s Marks called any impression within industry that adverse events from Expanded Access could hold up a drug approval “urban lore.” Reiterating the agency’s greater than 99% approval rate of Expanded Access requests from patients and physicians, he further suggested that some sponsors might be using FDA as an excuse to avoid Expanded Access programs altogether.

FDA is “not going to hold adverse events against anyone” – especially in cases where the treatment is administered to very sick patients who otherwise would not qualify for ongoing clinical trials, he emphasized. “You can never say never,” but “we understand that for many of these rare diseases,” patients are “close to death’s doorstep, and there will be adverse events.”

CDER Deputy Director for Clinical Science Bob Temple agreed: “If someone near death dies, we don’t attribute that to the drug.” He also suggested that sponsors consider enrolling a cohort of patients unlikely to benefit from treatment in the clinical trial itself, with the intent not to include that group in the primary endpoint.

“You may learn something and it doesn’t mess up your primary endpoint,” he said. The best-case scenario is “you were wrong, and they do benefit. There’s no reason not to include them.”

Temple suggested that bigger, more inclusive clinical trials are always the preferred option, and that sponsors may discover something important by expanding enrollment criteria. “It’s possible that with a patient population of 1,000 instead of 50, you might discover something like liver toxicity,” he said. “You have to recognize that could happen in an expanded setting ... but it hardly ever happens.” Besides, “if your drug is toxic, you really want to know.”

Temple, along with other FDA officials, emphasized that the best way to collect data is from enrolling as many patients as possible into clinical trials. That touched on the somewhat different, but related issue of reforming inclusion/exclusion data – or as Temple described it: “We really are trying very hard to get rid of what I like to call ‘stupid exclusions.’”

FDA’s comments on Expanded Access closely follow the release of an independent report from McKinsey & Co. that recommended the agency do more to correct manufacturer misperceptions about how FDA views adverse events during compassionate use programs and clarify when data from EA programs would support labeling extensions.  (Also see " Expanded Access: US FDA Told To Increase Regulatory Clarity, Early Interactions With Sponsors" - Pink Sheet, 8 Nov, 2018.)

FDA is clearly willing to offer advice on how to use Expanded Access data to support drug approvals or labeling changes – but officials agreed that additional regulation is not warranted and has the potential to discourage use. While all FDA officials agreed with that sentiment, Temple put it most succinctly: “Maybe not more regs, but more suggestions.”

“What we all are hearing today is that we need some regulatory flexibility. We’re moving into a new age where [stakeholders] are aware of more than they ever were before. We have to address that, between expanding access in clinical trials and perhaps extending clinical trial eligibility. There are many ways to address it, but I don’t think more regs is the answer.”

“I couldn’t agree more,” CBER’s Marks said. “We don’t need to describe more ways that the data should be collected” in a formal document. “I think what we need to do is take an individualized approach to each development program.” FDA, he said, is “happy to have a dialogue about what things might make sense to collect.”

That sentiment was shared by representatives on the industry panel. “I don’t think we should have a regulation,” Johnson & Johnson Chief Medical Officer Joanne Weldstreicher said. “A pilot – which is what we are exploring – or two or three would be helpful. There are so many different types of Expanded Access programs, and there are so many different types of products. … I don’t think one size fits all.”

“Try to think about things that you can collect consistently across the population in a complete manner, and in a manner that is as objective as possible,” Marks advised. “There will always be some degree of subjectivity, but to the extent that we can have more complete datasets on a smaller number of things, that’s more helpful. It’s better to collect three things in everyone than collect 30 things, but to only have smattering [of datapoints] for each individual patient.”

To that point, Marks pointed to one failed attempt at using Expanded Access data to support an approval: Avita Medical’s ReCell, an autologous cell harvesting technique that produces a thin, split-thickness skin sample that can be applied to thermal burn wounds.

While FDA approved the technique in 2018, safety and efficacy data from a compassionate use protocol did not contribute appreciably to the clinical assessment due to “incomplete data for the majority of treated patients,” the agency said at the time. In addition, FDA found that the procedural methodology in the compassionate use protocol “differed considerably from that used in the two controlled studies.”

OND’s Stein agreed with Marks’ advice, and added that sponsors also need to be “realistic” about what data can be collected during an Expanded Access program, given that medical professionals do not have much time for non-reimbursable tasks like data entry. He also noted that the relatively limited amount of data in single-patient INDs could be “made richer” by focusing on the collection of a few data points.

A Word Here, A Word There: IND Investigator Tweaks Blog After US FDA Untitled Letter