Installment Payments For Gene Therapy; From Luxturna To Hemophilia

Novel reimbursement scheme allowing payers to spread out the cost of an expensive gene therapy over time may get test drive with Spark's Luxturna before being used for big-market treatments for hemophilia. 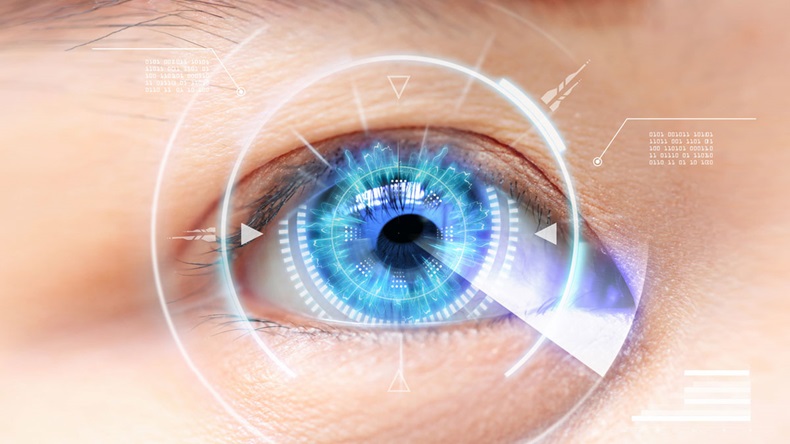 Spark Therapeutics Inc. is working on a groundbreaking installment-based reimbursement model for its recently-approved gene therapy for a rare inherited blindness that could be a template for future gene therapies covering much broader patient populations, including Spark's investigational hemophilia treatments.

The installment model is one of three new payer programs Spark is offering to accommodate the special circumstances involved with Luxturna (vortigene neparvovec-rzyl), the first gene therapy to reach the market. (See box.) (Also see "The First US Gene Therapy Maker Innovates On Pricing And Reimbursement" - Scrip, 3 Jan, 2018.) A one-time, curative treatment, Luxturna is list priced at $425,000 per eye, or $850,000 for most patients, the company announced Jan. 3.

And while the price is high, Spark has worked carefully to avoid generating backlash because of it. (Also see "Spark Avoids Igniting Pricing Firestorm With Savvy Launch Messages" - Pink Sheet, 4 Jan, 2018.)

Spark has engaged with a number of policy experts to find solutions to the challenges involved with paying for gene therapy, including the Duke Margolis Center for Health Policy, which recently issued a white paper on value-based contracting. Spark's early reimbursement partners for Luxturna are two of the more pro-active payers involved with promoting novel payment arrangements -- Harvard Pilgrim Health Care and Express Scripts. The following summarizes the three programs being offered for Luxturna.

The installment model would allow for a series of payments over time rather than all at once and up front. The concept has been discussed for years as a potential solution to reimbursing high-cost gene therapies but government regulations related to Medicaid "best price" reporting (among other things) stand in the way.

For branded drugs that are new to the market, manufacturers are required to provide Medicaid a base rebate of 23.1% off the average manufacturer price (AMP) or AMP minus the best price, whichever is lower. Best price is broadly defined as the lowest price made available by the manufacturer to any purchaser, with some exceptions.

The rebate amount is based on AMP and best price data must be reported by manufacturers on a monthly and quarterly basis. If a manufacturer provides a rebate under an outcomes-based contract that is lower than 23.1%, it would have to provide the same price to all Medicaid contracts and would likely have to lower prices provided to 340B entities because those are based on the Medicaid price. Similarly, if a manufacturer accepts an installment payment that is lower than the price it gave Medicaid, a new best price could be established.

Spark is taking a two-pronged approach to dealing with the problem. The company has been talking to the Centers for Medicare and Medicaid Services about the possibility of CMS waiving the best price requirements in the context of a payment experiment for Luxturna.

If that doesn't work, or until it does, the company believes it can avoid the requirements by selling its product to a distributor, in this case pharmacy benefit manager Express Scripts Holding Co.,which then could arrange to receive payment in installments on its own. Express Scripts will provide Luxturna through its CuraScript Specialty Distribution unit and Accredo Specialty Pharmacy.

"Based on feedback from payers, Spark Therapeutics has submitted a proposal to CMS to conduct a demonstration project for Luxturna that would enable Spark Therapeutics to offer commercial and government payers an installment payment option, as well as greater rebates tied to clinical outcomes," the company said in a release.

The payer mix for Luxturna is expected to be roughly "50/50" between government, mainly Medicaid, and commercial insurance.

"If discussions with CMS do not result in Spark Therapeutics being able to offer an installment option, Spark … has developed an approach that would permit its distributor to independently make alternative payment options available to payers, which may include an installment or financing option," the company added.

Spark is "very encouraged" by its discussions with CMS, including with Administrator Seema Verma, CEO Jeffrey Marrazzo said in an interview. "We think there is an authority that lets them" waive the best price requirement. "It's not necessarily the [Center for Medicare and Medicaid Innovation] authority, we think they have another authority," he added. CMMI is the innovative payment model testing laboratory within CMS.

"I'm never going to predict something completing on particular timeline with the government. But I' m very pleased with the level and intensity of interaction. It's been great and shows they are serious about really trying to enable value-based arrangements," Marrazzo said.

Until a CMS waiver comes through, "what we think might be able to be done … is we could sell the product to our distributor and then the distributor could enter into relationships with the payer … in ways that would allow the payer to pay over time," potentially with interest, Marrazzo explained. "We would not be able to shape or dictate" the terms of the arrangement "because if we did, we’d have to report that under the price reporting regulations."

The alternative is "less preferable" to Spark negotiating terms directly with payers for three reasons, Marrazzo pointed out. In its agreements with payers, Spark plans to require that they:

Nevertheless, Spark believes installment-based payment is an important option for payers."I think it's most advantageous for small and regional health plans, both commercial and government," including Medicaid fee-for-service and managed Medicaid, Marrazzo pointed out. "So it's a really important solution for a meaningful segment of the insurance industry."

Further, he said, "I think also you could imagine a lot of what we're doing is not just to ensure access for Luxturna but also to shape the playing field for hemophilia and other therapies that we're working on." The company is developing a gene therapy for hemophilia B with Pfizer Inc. known as SPK-9001, which is expected to move into Phase III in 2018. (Also see "Spark's Hemophilia B Gene Therapy SPK9001 Packs A Punch And Saves Big Bucks" - Scrip, 7 Dec, 2017.) Spark is also developing a gene therapy for hemophilia A, SPK-8011. (Also see "Spark Plots Rebound For Hemophilia A Gene Therapy, As Rival BioMarin Surges" - Scrip, 12 Dec, 2017.)

You "could see how an installment model would be very advantageous in world where you have a single dose treatment for hemophilia where you could compare on an annual or even daily basis whether patients still need chronic factor infusions and if they're don't, you could tie a set of recurring payments to performance," Marrazzo suggested.

"That's where we want to go and this is a first step toward that."

Bluebird Could Find US Tailwind For Zynteglo After ICER Report

Paying For Gene Therapy: Medicaid Will Be ‘Canary In Coal Mine’

The First US Gene Therapy Maker Innovates On Pricing And Reimbursement

Food For Thought On US FDA Reforms

Countries To Discuss Pandemic Treaty Next Year Amid Industry Concern