California Supreme Court finds Novartis liable for alleged injuries from use of a generic version of Brethine even though they occurred six years after Novartis transferred the NDA; dissenting opinion says this will expose companies to "liability in perpetuity." 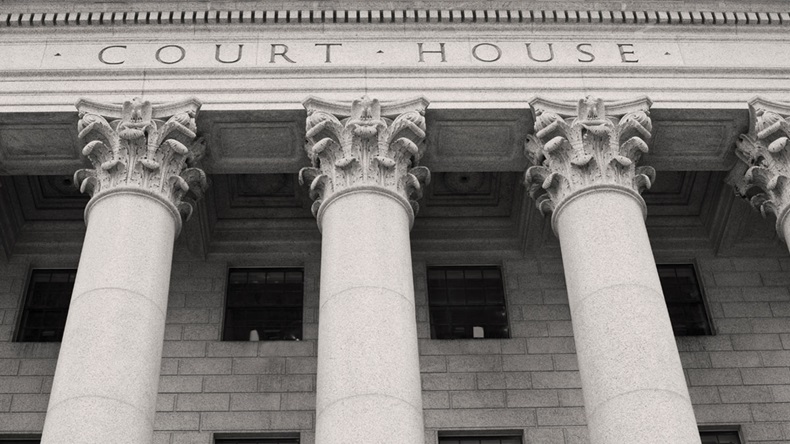 The Supreme Court of California went a step further than other courts that have found brand-name drug manufacturers liable for warnings on generic versions of their products, ruling that a brand-name company's sale of the rights to its product does not terminate its liability for injuries "foreseeably and proximately caused by deficiencies present in the warning label prior to the sale."

In a Dec. 21 decision in T.H. v. Novartis Pharmaceuticals Corp., the court found that under California law, Novartis had a duty to warn about the potential risks of terbutaline, regardless of whether the consumer received Novartis' brand-name drug Brethine or a generic, and that liability did not end at the moment Novartis sold its rights to Brethine to aaiPharma.

"A contrary rule would convey to Novartis and to similarly situated drug manufacturers the unjustified benefit of an exception to the general duty of care, incentivizing brand-name drug manufacturers that know or should know of unwarned risks to unload a problematic drug on another entity instead of modifying the drug's warning label to include those hazards," the court stated.

The mother of the plaintiffs was prescribed generic terbutaline off-label to suppress premature labor during her pregnancy in 2007. The drug is approved for treatment of asthma. The plaintiffs, fraternal twins, were diagnosed with developmental delays at three years of age and autism by the age of five. They sued Novartis for negligence and negligent misrepresentation, alleging that the company knew or should have known that Brethine carried a substantial risk of causing developmental and neurological damage to the fetus and failed to warn of this risk. Novartis stopped manufacturing Brethine and sold all rights to the drug in 2001.

A trial court concluded that Novartis had no duty to plaintiffs as a matter of law relating to claims arising from terbutaline exposure in 2007, that the fraud-based claims lacked specificity, and that this defect could not be remedied by allegations about Novartis' conduct prior to its divestiture of the new drug application for Brethine in 2001. California's Fourth District Court of Appeal reversed and directed that the plaintiffs be allowed to amend their causes of action for negligence and negligent misrepresentation.

The case has been closely watched by industry. The Pharmaceutical Research and Manufacturers of America; Genentech Inc. and the California Life Sciences Association; Washington Legal Foundation; the Product Liability Advisory Council; and the US Chamber of Commerce were among the organizations that filed an amicus brief in support of Novartis. Public Citizen Litigation Group, AARP, and Consumer Attorneys of California and American Association for Justice filed amicus briefs on behalf of the plaintiffs.

Other State Decisions Do Not Apply To California

The first case in which a brand-name drug maker was held liable for failure-to-warn when the plaintiff had received a generic version of its product was Conte v. Wyeth. In that 2008 decision, California's First District Court of Appeal found that Wyeth had a duty to warn those who take generic formulations of Reglan (metoclopramide) of the heartburn medication's risks. (Also see "Rx Injury Claims May Grow After Court Finds Brand Liable For Generic Problems" - Pink Sheet, 17 Nov, 2008.)

The US Supreme Court subsequently ruled in 2011 in Pliva Inc. v. Mensing that generic manufacturers cannot be held liable under state tort laws for inadequate warning labels since FDA regulations require generic drugs to have the same labels as those of the brand name drugs. (Also see "Generic Firms Get Supreme Shield From Product Liability, But Court Hints At Reg Change" - Pink Sheet, 23 Jun, 2011.)

In ruling against Novartis, the California Supreme Court noted that only a handful of courts have followed Conte. The court pointed out that Novartis and those who filed amicus briefs in its support rely in substantial part on what they call the "overwhelming" majority of courts that have declined to recognize warning label liability owed to those who were prescribed a generic version of the drug in reliance on the brand-name drug label.

"Although the decisions of our sister states and the lower federal courts may be instructive to the extent we find their analysis persuasive, they are neither binding nor controlling on matters of state law," the court asserted, adding that it does not find these decisions persuasive in analyzing California law.

Will Successor Use Inherited Warning Label?

The court also rejected Novartis' argument that the connection between its alleged negligence and plaintiffs' injury was remote since it had stopped producing the drug six years before the injury. The court said that warning label liability stems from Novartis' failure to warn about a drug's risks, not its production of a defective drug.

"So the relevant inquiry is whether a successor drug manufacturer is sufficiently likely to continue using the warning label it inherited from the prior brand-name manufacturer, even when that label was deficient at the time the NDA was transferred," the ruling states.

The court said it is at least plausible that a successor manufacturer may choose to undertake only a cursory investigation of the medical literature on the assumption that the prior manufacturer must have done a more thorough inquiry during the period that it was responsible for maintaining the warning label.

When a brand-name drug manufacturer has ignored its own duty, that is when "there is a risk that the successor manufacturer will adopt the same strategy," the court stated. "For these reasons, we find it reasonably foreseeable that a successor drug manufacturer could continue to use the same label it inherited, even when the label is deficient."

The court specified that the conduct giving rise to a brand-name drug manufacturer's liability can occur only during the period that it holds the NDA.

In a concurring and dissenting opinion, Justice Carol Corrigan said she accepted the majority's holding that a brand-name drug manufacturer's duty to warn extends to consumers of a generic bioequivalent, but only because federal regulations currently require generic drugs to carry the same warning label as the brand-name product.

However, she disagreed with the holding that a predecessor manufacturer is liable for failing to warn about injuries caused by its successor's product. She said this would extend indefinitely a drug manufacturer's duty to warn customers of its successor, even after sale of the product line.

"Plaintiffs' theory of 'predecessor liability' represents a substantial and unprecedented expansion of tort duties," Corrigan stated. "The majority cites no case holding a predecessor manufacturer liable for failing to warn about injuries caused by its successor's product. Indeed, it appears that predecessor liability for failure to warn has never been recognized by any court, in any jurisdiction. To the extent the theory has been raised, courts across the country have universally rejected it."

She said several policy reasons strongly counsel against imposing a duty of care on predecessor companies to warn about risks in products manufactured and sold by their successors. Perhaps most troubling, she said, "creating a broad duty of care to consumers of a successor's product will expose pharmaceutical companies to liability in perpetuity."

Corrigan also took issue with the majority's statement that a drug manufacturer can "entirely avoid the prospect of extended exposure by including an indemnification provision" when it transfers ownership of the NDA. She said there is no precedent for coverage against claims arising from another company's product.

Looking To FDA To Change Liability

Regarding a brand-name manufacturer's duty to warn extending to generic products, Corrrigan noted in a footnote that FDA's regulations are now under review and subject to change. She stated that if changes are implemented, the court's "decision to allow suits against brand-name manufacturers for injuries caused by generic equivalents will need to be reevaluated because the rationale supporting it will be largely, if not entirely, undermined."

The majority opinion also cited FDA's proposed rule in a footnote, saying it may justify "some reconsideration of the brand-name manufacturer's duty in this category of cases."

In 2013, FDA proposed rule changes that would allow generic drug makers to revise their product warning labels on their own, just like brand-name manufacturers may do. FDA sought to create parity between brand-name and generic manufacturers after the Supreme Court's 2013 ruling in Mutual Pharmaceutical Co. Inc. v. Bartlett, which used the same reasoning as the Pliva decision in holding that generic drug makers cannot be sued for alleged design defects based on the adequacy of a drug's warnings. (Also see "Supreme Court Strengthens Generic Liability Shield; FDA Reg Change Could Create Opening" - Pink Sheet, 24 Jun, 2013.)

However, the proposed rule has apparently been eliminated as it was not included in the White House Office of Management and Budget's recent unified agenda listing upcoming proposed and final rules. (Also see "Generic Labeling Rule Dies In Latest Reg Agenda, But Electronic Labeling Is Reborn" - Pink Sheet, 14 Dec, 2017.)

What Can Innovator Foresee?

The Drug & Device Law blog, which publishes an annual list of the "worst" prescription drug/medical device decisions of the year, designated the California Supreme Court's ruling as one of two cases tying for #1 worst case of the year. The authors of the blog represent pharmaceutical and device manufacturers.

The other "worst" case was the US Court of Appeals for the Third Circuit's ruling in In re Fosamax (Alendronate Sodium) Products Liability Litigation that FDA's rejection of a company's proposed label warning does not preempt failure-to-warn claims. Merck & Co. Inc. filed a certiorari petition seeking Supreme Court review and the court requested the views of the Solicitor General. (Also see "Does FDA Rejection Of Label Warning Shield Manufacturers From Tort Suits?" - Pink Sheet, 4 Dec, 2017.)

In a blog post about the Novartis opinion, Reed Smith partner Steven Boranian said the main problem with the ruling is the court's core rationale that a brand-name manufacturer can foresee that a generic manufacturer will use substantially the same label.

"[W]hat exactly can the innovator foresee and for how long? Who will sell the product? For how long, to whom and for what purposes? What scientific developments will come down the pike, and what will the new owner of the product do with the label, into which the innovator now has no input?" Boranian asked. He said the result of the decision goes far beyond any other version of innovator liability ever adopted.