Too Bold By Half: Allergan’s Latest Moves And Pharma’s Leadership Deficit

Allergan proudly describes itself as a 'bold' company, and its latest move to protect its Restasis franchise certainly qualifies as a reason why. But Allergan’s unlikely position as the industry’s self-appointed leader in social responsibility should make the rest of the industry cringe. 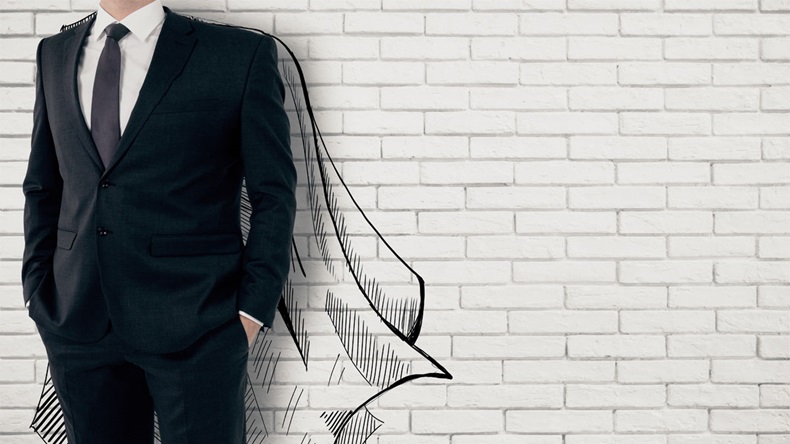 Is Allergan a hero or a villian?

A year ago, Allergan PLC staked out an unlikely position as a leader in corporate responsibility, announcing a “social contract” that included the first formal pledge by a leading biopharma company to restrain price increases in response to headlines and hearings criticizing “outrageous” pricing for older brands.

At the same time, Allergan embraces a new identity as a “bold” company, changing its boilerplate language in press releases to say: “Allergan plc, headquartered in Dublin, Ireland, is a bold, global pharmaceutical company and a leader in a new industry model – Growth Pharma.”

“Bold” replaced “unique” in that sentence.

The idea of Allergan claiming the role as industry leader in responsible pricing in the US was itself bold. As the Allergan tag-line makes clear, the company may have roots in New York City (Forest) and California (Allergan), but it is based in Dublin to limit its tax exposure. And the aggressive marketing heritage of the two predecessor companies certainly didn’t fit well with industry’s usual approach of emphasizing research and development as the core of its image, at least in political contexts. (See sidebar.)

Allergan is taking a page from Big Pharma’s strategy two decades ago to fend off efforts at direct price regulation by pledging restraint on price increases. The differences in the pledge – and the image of the pledge maker – are instructive.

Allergan has since been joined by a handful of Big Pharma companies in some form of pricing pledge, but – particularly among the large US companies– no one has stepped forward in anything like the “bold” way Allergan did. For better or for worse, Allergan still stands out as defining the industry’s view of social responsibility.

The company’s latest “bold” move should remind the rest of the industry how dangerous that is.

In a headline that could almost read like a joke, Allergan has transferred its patents for the blockbuster dry eye therapy Restasis to the Saint Regis Mohawk Tribe. The intent: to take advantage of the tribe’s status as a “sovereign nation” to pre-empt efforts to invalidate the Restasis patents via the inter partes review (IPR) process. (Also see "Allergan Shifts Restasis Patents To Native American Tribe To Invoke Immunity From IPR" - Pink Sheet, 9 Sep, 2017.)

To be clear, there is nothing wrong with a company using every legal means to defend its intellectual property. Being creative and aggressive can be tremendous virtues, and this strategy could well pay off dramatically for Allergan’s investors. Just don’t confuse that with social responsibility.

To his credit, Allergan CEO Brent Saunders isn’t ducking the issue. In an interview with the Pink Sheet (and, in understandably briefer form, in an exchange on Twitter) Saunders emphasized that Allergan’s social contract includes investing in innovation, and those investments are possible only with protections for intellectual property.

Saunders stressed that Allergan is fully prepared to adjudicate the validity of its patents via the 35-year-old Hatch/Waxman process – but the company views the separate IPR process as a form of double jeopardy. Saunders isn’t alone in that view: it is something like the consensus of the innovator biopharma sector that the IPR process is something of an abomination.

US Patent Battles May Resume Next Congress; Reps Press For IPR Reform

But let’s just say it’s a stretch to paint Allergan as a victim of an injustice of US IP law.

To start with: Restasis was approved by FDA in December 2002. That means that Allergan has already benefited from 15 years of effective patent life for the product. Allergan, however, says its patents on the product run until 2024 – or 22 years after FDA approval.

That’s a pretty long run for a pharmaceutical patent. But it is an especially long run for patent on a new formulation – which is what Restasis is.

The active ingredient is cyclosporine – truly a revolutionary medicine when it was first launched in 1983 for use in organ transplant patients to prevent rejection. The drug was developed by Sandoz Inc. (now pat of Novartis AG), and went generic in 1998 – 15 years after FDA approval. It seems hard for Allergan to claim that it would be unjust if it faces generic competition for an ophthalmic formulation after the same period of exclusivity.

Allergan thus appears to be trying to avail itself of the aspects of US intellectual property law that it likes (including, incidentally, the unique pricing climate for innovator drugs), while evading aspects of the law it doesn’t like.

That may be creative and bold – but it is hard to defend politically.

It doesn’t help that the strategy echoes other tactics that industry’s critics hold against it. First, the fact that the strategy to negate the IPR involves the transfer to a “sovereign nation” begs to be compared to the “inversion” strategy behind international mergers to escape US taxes. Then there is the fact that Allergan is transferring IP to the Mohawk tribe – and paying the Mohawk tribe to take it. If that doesn’t beg to be compared to “reverse payment” patent settlements, what does?

All of which would be bad enough if Allergan weren’t the self-appointed champion of corporate responsibility for biopharma companies. But Allergan has “boldly” seized that mantle.

If the danger isn’t clear enough, consider this coda. On Sept. 7, the day before the Restasis deal was announced, Allergan took another “bold” action – filing a lawsuit against the pharmacy compounder Imprimis Pharmaceuticals Inc. and several other firms, claiming they are illegally marketing unapproved drugs (including versions of Allergan products).

Imprimis, in some cases at least, does so proudly: at the height of the controversy over Turing’s Daraprim, the company publicly announced availability of a compounded alternative for $1 a dose. (Also see "Express Scripts Turns To Compounding To Fight High-Priced Off-Patent Drugs" - Pink Sheet, 1 Dec, 2015.)

In its fight against Allergan, however, Imprimis isn’t about to cede the high ground. Here is how the company describes Allergan in its own press release responding to the suit:

“Allergan is a well-known professional litigant.  Here are some of Allergan's recent run-ins with the law:

To be clear, Allergan is much more than a “professional litigant.” But its record of “bold” actions – including its latest patent defense strategy – should make clear that it is not the best company to have out in front as an image of Big Pharma “responsibility” in a charged political climate.

From the editors of the RPM Report

Surprise! Viatris Proves Its Worth With First Generic Restasis Approval