Incoming president not holding over any FDA political appointees from the Obama administration, but what exactly his stamp on the agency will be remains unclear. 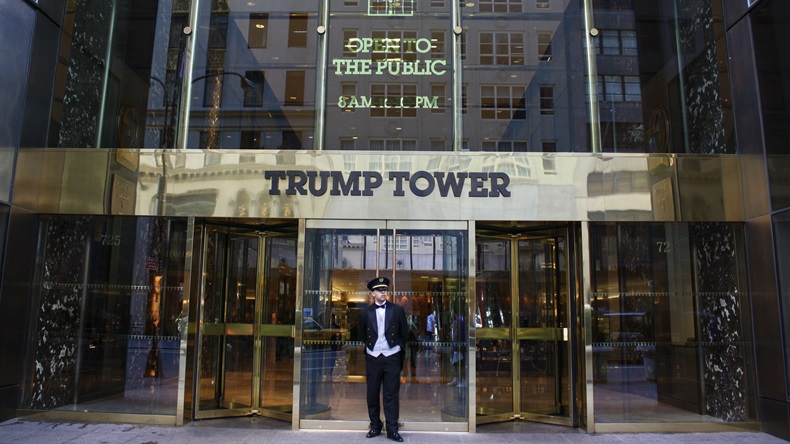 There will be 50 individuals already serving in various federal government positions under President Obama that will remain when Trump takes office Jan. 20. Trump spokesman Sean Spicer identified a number of them during a Jan. 19 briefing, but did not mention FDA Commissioner Robert Califf.

The agency confirmed no FDA political appointees have been asked to stay. It is another strong statement that at least a few new top FDA officials will arrive with the new administration.

Califf was not expected to remain FDA commissioner beyond Trump's inauguration. He has set his departure and is expected to be replaced on an acting basis by Deputy Commissioner for Foods and Veterinary Medicine Stephen Ostroff per agency policy, unless Trump appoints a temporary FDA leader. (Also see "US FDA Might Be Temporarily Headed By Ostroff As Califf Sets His Departure" - Pink Sheet, 5 Jan, 2017.)

As reality sets in that FDA is among the many agencies that likely will see things done differently over the next four years, it still remains unclear not only who, but how Trump's hands will remold the agency.

Indeed, the uncertainty sounding FDA's future has spurred jitters among agency staff, so much so that Center for Drug Evaluation and Research Director Janet Woodcock produced an internal video suggesting they focus on their work and mission. (Also see "Woodcock Tries To Calm US FDA Staff Fears About Trump" - Pink Sheet, 21 Dec, 2016.)

The Trump transition team also announced that its "beachhead teams," numbering 536 people in all, have been assembled to help ensure continuity of government once power is handed over. They will be placed in the various federal departments and agencies, including FDA, to serve as assistants to their temporary or acting leaders.

Spicer said some could stay with the various agencies as political appointees, but that decision would be made by the new permanent agency and department administrators.

FDA has few positions now classified as political appointments, but Trump could convert more to that status in part to ensure his administration's goals are met. (Also see "Will US FDA Wind Up With More Political Positions Under Trump?" - Pink Sheet, 4 Dec, 2016.)

How Will Team Influence FDA?

The beachhead team at FDA could include a small group of what has been described by one source as temporary liaisons to HHS and the White House. They would most likely work with Ostroff and could arrive as early as right after the inauguration.

While their exact roles are unclear, it would seem that the liaisons will try to ensure the agency operates in a way consistent with the Trump agenda until the permanent commissioner is confirmed.

Trump has not turned a lot of his attention to FDA since the election, but a number of his comments and tweets have included pharmaceutical industry attacks, suggesting FDA may be part of his health care vision.

Trump has said drug prices are out of control and suggested that the federal government establish a bidding process for its drug purchases (Also see "Trump Makes A Nasty News Day For Pharma – But What Will It Really Mean?" - Pink Sheet, 11 Jan, 2017.), although HHS Secretary nominee Rep. Tom Price, R-Ga., did not give a definitive position on the idea during his first confirmation hearing. (Also see "HHS Nominee Price Sidesteps Medicare Drug Pricing Negotiation Questions" - Pink Sheet, 19 Jan, 2017.)

Once in office, should Trump decide to attack the issue, FDA could easily become a key cog in the plan. A number of ideas have been floated to help the market bring prices down that would involve FDA – including one that would have substantial price increases spur faster FDA approval of generic competition. (Also see "Could Drug Price Spikes Spur ANDA Priority Reviews?" - Pink Sheet, 28 Jan, 2016.)

The agency does not take price into account in its decision-making. But FDA's Office of Generic Drugs has a policy in place that allows expedited reviews of first generics – the first competitors for a brand product. And as part of the generic drug user fee program renewal, expected by Oct. 1, the agency also will launch an eight-month priority review pathway for some generics. (Also see "ANDAs Can Get Priority, Eight-Month Reviews Under User Fee Deal" - Pink Sheet, 24 Sep, 2016.)

Legislation speeding generic approvals could be among the consensus ideas that emerge from the current drug pricing debate. (Also see "Trump, Congress And The Search For Common Ground On Drug Pricing" - Pink Sheet, 18 Jan, 2017.)

Trump, Congress And The Search For Common Ground On Drug Pricing

Trump Makes A Nasty News Day For Pharma – But What Will It Really Mean?

Woodcock Tries To Calm US FDA Staff Fears About Trump

Will US FDA Wind Up With More Political Positions Under Trump?

Gottlieb Joins HHS Transition Team; Will Next Stop Be FDA?

ANDAs Can Get Priority, Eight-Month Reviews Under User Fee Deal