In interview with the Pink Sheet, Center for Drug Evaluation and Research director discusses her 30-year career, retirement speculation, and upcoming projects. 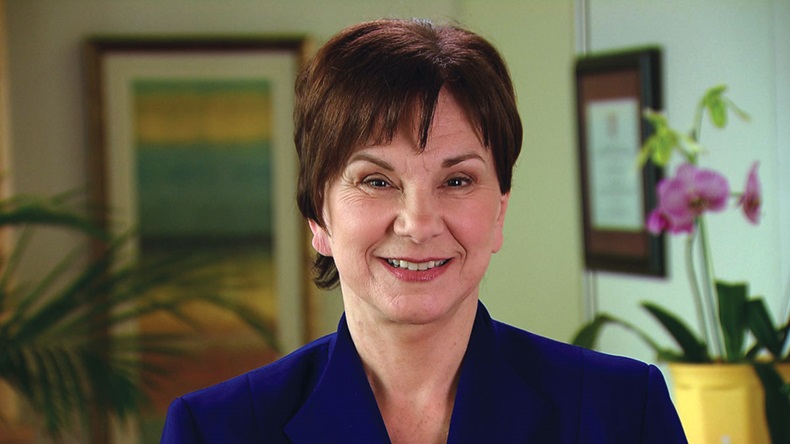 Janet Woodcock has had a hand in helping hundreds of new and lifesaving drugs reach patients during her career at FDA, but it is the internal administrative changes she has made that she says will be her legacy.

Woodcock is celebrating 30 years of service at FDA, including two stints as director of the Center for Drug Evaluation and Research totaling 19 years. Her career has spanned the response to the AIDS crisis and the launch of biosimilars in the US, yet as head of FDA's flagship group Woodcock feels she has been "dragged into hundreds of scientific controversies," rather than shaped them, she said during an Aug. 4 interview with the Pink Sheet.

She says it's the science that keeps her at CDER. But Woodcock, who is a physician and researcher in addition to a regulator, seems to consider herself primarily an administrator.

Her main focus always has been strengthening CDER's organizational structure.

"Probably the thing I’ve brought most to the center is executive leadership, is trying to organize the place into an organization that can continue to rise to the challenges that are thrown up every year and make it … a very strong place," Woodcock said.

Woodcock has shaped CDER into a mammoth scientific and policy headquarters for drug development, along with enhancing its role as US gatekeeper for new treatments. When she took over, the center focused largely on NDA reviews.

It didn't even have a budget when she became director.

"I asked for the budget documents, and they didn’t have any," Woodcock remembered. "They had money they kept in a big pot, and then they’d give it out when people asked for it."

As the years went by, Woodcock said she tried to mold CDER into a group that could withstand the pressures on the modern FDA from Congress, patients, the scientific community and others.

Among the more recent changes at CDER has been an increased focus on incorporating patient views into the drug development and review processes. (Also see "Patient-Focused Drug Development At 10: Where Does It Go From Here?" - Pink Sheet, 20 Oct, 2014.)

In PDUFA VI, the effort will expand to better determine how real-world data, such as those developed from patient-reported outcomes, can be more actively used in drug development. (Also see "PDUFA's 'Real-World' Journey Expected To Be Slow Walk" - Pink Sheet, 22 Jul, 2016.)

Woodcock may stand behind her organizational changes, but others said scientific improvements she has ushered in at CDER also were impactful.

Attorney Frank Sasinowski, a director at Hyman, Phelps and McNamara who worked with Woodcock in FDA's drug and biologics center, agreed that one of her greatest contributions may be "keeping the organization ordered in a way to manage the complex health decisions it renders daily."

He also added "keeping the organization focused on staying current with onrushing advances in science, medicine and regulatory science" to the list.

"While this may not sound sexy, it is precisely what is at the core that is needed for FDA to execute its responsibilities to patients and industry, as well as taxpayers, investors and all those with a stake in the regulatory actions of the drug center," Sasinowski said in an email.

Janet Woodcock has appeared in more than 1,800 stories in the Pink Sheet during her career. The first was in 1988, two years after she started at the agency part-time, when she was put in charge of the CBER unit handling INDs for vaccines, allergenic products, and test kits in the Division of Biological INDs.

Woodcock pushed for use of accelerated approval outside of AIDS and cancer and was "prescient in seeing the need for public-private collaborations, such as seen in the Critical Path initiative," Sasinowski said.

CDER's growth is not always viewed as positive, however. A retired FDA medical officer said the elevation of surveillance and epidemiology, generics and other offices to "super office" status has added a number of layers of directors, deputy directors and support staff.

The former medical officer said many of the additional directors do not have pre-market review responsibilities, but "have absorbed experienced reviewers and team leaders from the NDA and BLA review processes."

Woodcock said she is not ready to retire, although she has thought about it.

"I have some projects I want to complete and so I'm still in the game. Let's put it that way," she said. "This is a job where you can't give anything less than full commitment."

Woodcock would not say whether she knows how many more years she plans to stay at the agency.

Woodcock also is not interested in a promotion to commissioner, although she has ideas for improvements that could be made in the executive suite (see sidebar).

Woodcock Doesn't Want To Be Commissioner – But Has Some Ideas

CDER director believes some management improvements could be made in the executive suite, but she does not aspire to run FDA.

Woodcock is understandably cagey on the subject of retirement, even though most outsiders suspect it likely is approaching. After such a long and distinguished tenure, finding a new leader for the drug center likely will be difficult.

In 2013, a media report led some to believe that she had planned to leave FDA in the near future. Woodcock had to issue a statement to the contrary. (Also see "CDER’s Woodcock Retiring? Rumors Never Go On Furlough" - Pink Sheet, 14 Oct, 2013.)

One of Woodcock's immediate priorities is creating policies for what she referred to as "the decomposition of disease," where treatments are targeted at specific molecularly-defined subsets of classical diseases.

It is an issue related to the increasing popularity and success of personalized medicine. Woodcock said the policy is "very important for us to complete."

FDA has a number of questions to answer that could affect its development incentives and review practices.

Indeed, orphan designation popularity is skyrocketing and the Office of Orphan Products Development has had trouble keeping up. (Also see "Orphan Designation Requests To Get Slower Reviews" - Pink Sheet, 10 May, 2016.)

IT Improvements Also On Woodcock's Docket

CDER also plans to make more IT and workflow improvements on the new drug side of its house, including "automating our business processes on the same platform," Woodcock said.

Woodcock said the new tools are expected to be completed in the next two years.

"We need to modernize the safety reporting, the adverse event reporting system too," she said. "It never ends, but that's a huge agreement we've made internally."

PDUFA VI also will include a separate update of FDA's time reporting system that is expected to improve its workload measurement.

During the PDUFA reauthorization negotiations, industry was particularly interested in how reviewers accounted for their time, in part because it helped determine how much user fee revenue was needed each year and how it was allocated. (Also see "PDUFA Negotiations End With Differences To Resolve In Commitment Letter" - Pink Sheet, 7 Mar, 2016.)

Woodcock said hopefully the next advancement in drug development will allow "more evaluations of drugs within the healthcare system" instead of separate clinical trials.

"The clinical trials are really too expensive, we don’t do enough of them, we don’t get enough info," she said. "So here at FDA we’re doing a big push to try and figure out, how can we integrate the clinical trial system into the healthcare system to get information more rapidly?"

Califf has suggested applying quality by design principles to the system so it can use data that already has been collected along with community-based research. (Also see "Califf Continues Clinical Trial Reform Crusade With Confirmation Vote Pending" - Pink Sheet, 8 Jan, 2016.)

Medtech In Politics: A Look At Republican And Democratic Party Platforms

Patient-Focused Drug Development At 10: Where Does It Go From Here?

Next Up, Parkinson's: Coalition Against Major Diseases Moves To Link Neurodegenerative Ailments In Database

Confusion Persists Over US Biosimilar Interchangeability